Members of KwangGaeto Samulnori and MB Crew perform together during the first ‘Hello, Mr. K’ concert on May 15.

“Arirang, arirang, arariyo.”
Despite differences in nationality, age and gender, about 1,600 international students enjoyed learning and singing the folk song “Arirang,” one of the most iconic folk songs of the country that represents Korea.

This was during the first “Hello, Mr. K” concert, a project aimed at introducing Korean culture targeted at non-Korean people living in Korea and organized by the Korean Culture and Information Service (KOCIS). The first leg of the project took place on May 15 in the main auditorium at Yonsei University in Seoul. The overseas students enjoyed performances that covered both traditional and modern sides of Korean culture, such as performances of an outdoor theater play (yeonhui nori), the folk song “Arirang,” pop music and musical performances. 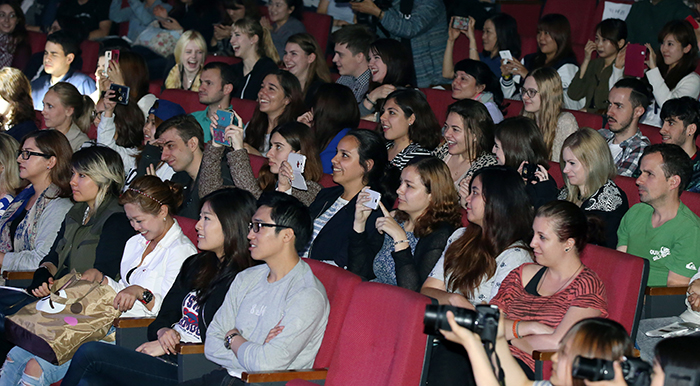 Overseas students enjoy the performances during the first ‘Hello, Mr. K’ concert on May 15.

The featured performers at the first “Hello, Mr. K” concert included the LED dance troupe Saeng Dong Gam Crew (生動感 Crew), the musical team The Muse, the pop group N-Sonic, traditional singer Kim Yong-Woo and the percussion groups KwangGaeto Samulnori and MB Crew. During the performances, traditional singer Kim Yong-Woo gave a brief, easy explanation of the characteristics of local varieties of the folk song “Arirang.” Though many of the students were not yet fully fluent in Korean, most of the students who sang the song together agreed with the event emcee who told them that learning the words to “Arirang” helps people learn more about Korean culture and the Korean spirit.

The audience has fun taking photos as a lion approaches during the performance of KwangGaeto Samulnori, part of the ‘Hello, Mr. K’ series of concerts.

KOCIS Director Park Younggook said, “International residents in Korea do not have many chances to experience and understand Korean culture. I hope that this event can more easily bring them more opportunities to understand the various sides of Korean music and dance, and to raise the national image of Korea.”

The next “Hello, Mr. K” concert will take place at the USFK’s Osan Air Base in Pyeongtaek, Gyeonggi-do (Gyeonggi Province), on May 29. The final two concerts will be held on July 4 at the athletes’ village for the 2015 Gwangju Summer Universiade and on August 10 at the Iksan Arts Center in Iksan, Jeollabuk-do (North Jeolla Province).

The Saeng Dong Gam Crew (生動感 Crew), an LED dance troupe, wows the audience with its flawless performance during the opening act of the first ‘Hello Mr. K’ concert on May 15. 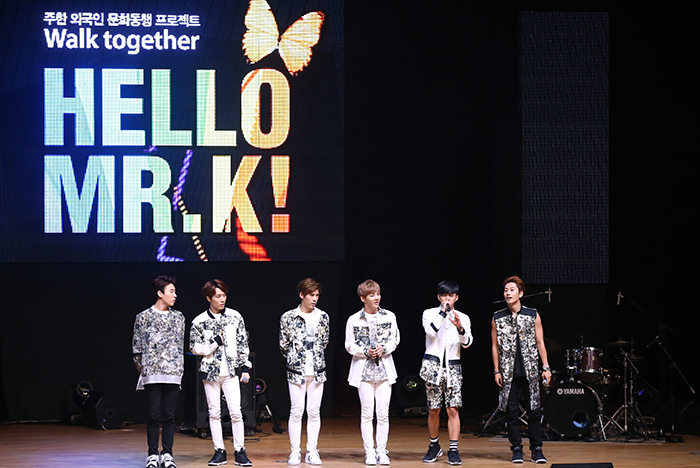 Members of N-Sonic, a pop group, say hello to the audience during the first ‘Hello, Mr. K’ concert on May 15. 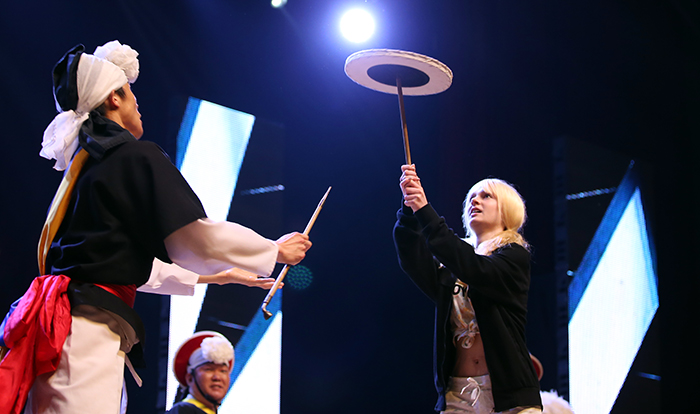 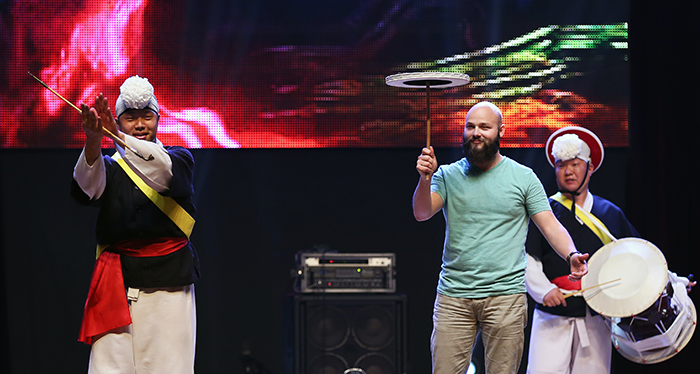 Overseas students take part in the performance during KwangGaeto Samulnori’s act on May 15. 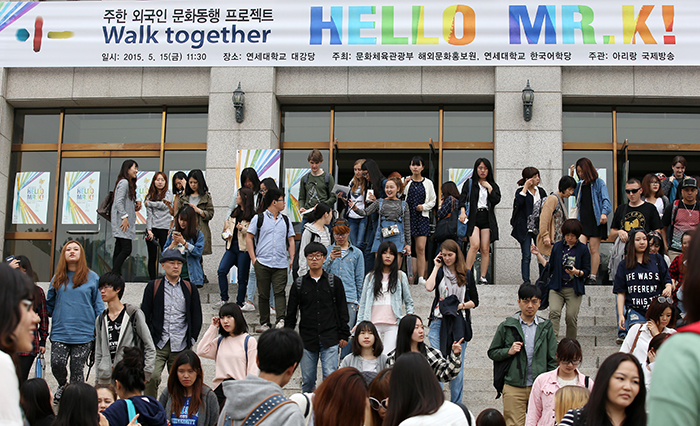 Students leave the auditorium after enjoying the ‘Hello, Mr. K’ concert on May 15. The next concert will be held on May 29 at the USFK’s Osan Air Base.